By agile February 16, 2016 Uncategorized
No Comments

110 companies, including nine Irish companies, have been selected from 678 National Champions in 33 European countries for the Ruban d’Honneur, which qualifies them for the third and final round of the competition.

A multi-award winning Irish company, Agile Networks was revealed as an Irish National Champion in the competition for the third year in a row in September 2015. The company will now undertake a face-to-face interview with the judges in the ‘Business of the Year with Turnover €0-€25million’ category, with the overall winners of the Awards’ eleven categories to be announced at a Gala Ceremony in June. 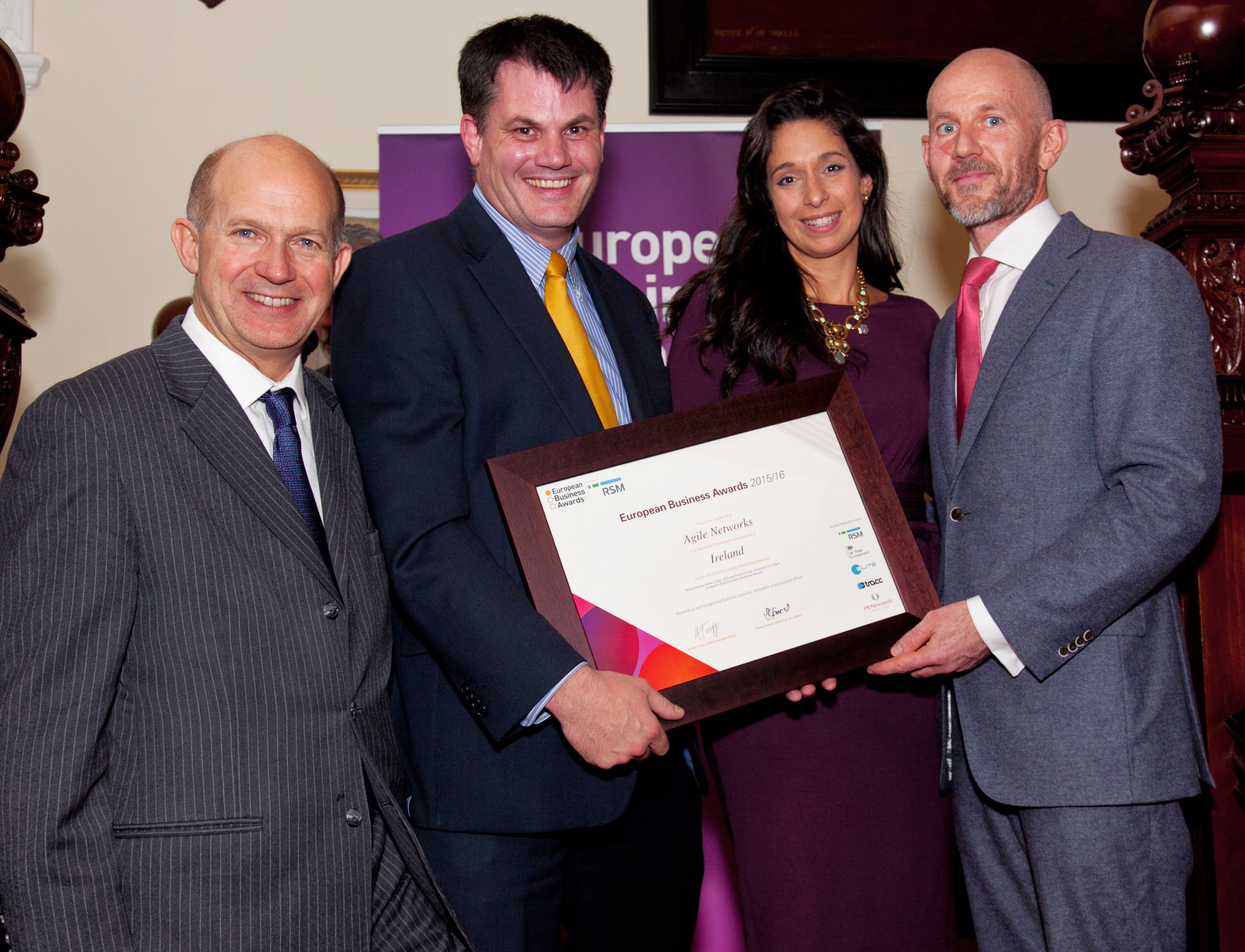 Headquartered in Blanchardstown, Dublin 15, Agile Networks (www.agilenetworks.ie) has trebled its staff and grown revenues by an average of over 105% per year since emerging from a management buy-out in 2011. With blue chip clients across 1,500 sites throughout Ireland, over 1.8 million people rely on Agile Networks to support their IT network.

On the announcement of the Ruban d’Honneur recipients, Darragh Richardson, Managing Director of Agile Networks said: “It is a great honour for the team at Agile Networks to represent Ireland amongst our European peers. By competing on an international stage, we have the opportunity to grow our business but also to benchmark ourselves against the best in Europe.”

Adrian Tripp, CEO of the European Business Awards said: “To survive in this economic climate is hard enough, so to innovate, prosper and grow in the way this year’s Ruban D’Honneur recipients have is truly remarkable. Europe needs more companies like these. Well done to Agile Networks.”

The other Irish companies nominated in the European Business Awards are: Aerogen and Barry Group (RSM Entrepreneur of the Year); CarTrawler and OSG Group (Employer of the Year); enet and Learnosity (Business of the Year with Turnover €0-25m); Rye River Brewing (Elite Award for Growth Strategy); Irish Dog Foods Limited (Import/Export Award).

As part of a public vote, Agile Networks is also in the running for the ‘National Public Champions’ for each country. The public voting process involves an online video which can be viewed and voted for by the public until February 26th 2016. The video is available online at the European Business Awards website: http://www.businessawardseurope.com/vote/detail-new/ireland/17043.

Further information about the awards programme is available through www.businessawardseurope.com and the hashtag for the competition on social media is #rsmEBA